The amount raised at the initiative of the Estonian Maternity Hospital Support Foundation will be used to deliver special CTG monitors to maternity hospitals in Tallinn for monitoring the health indicators of mothers and children. 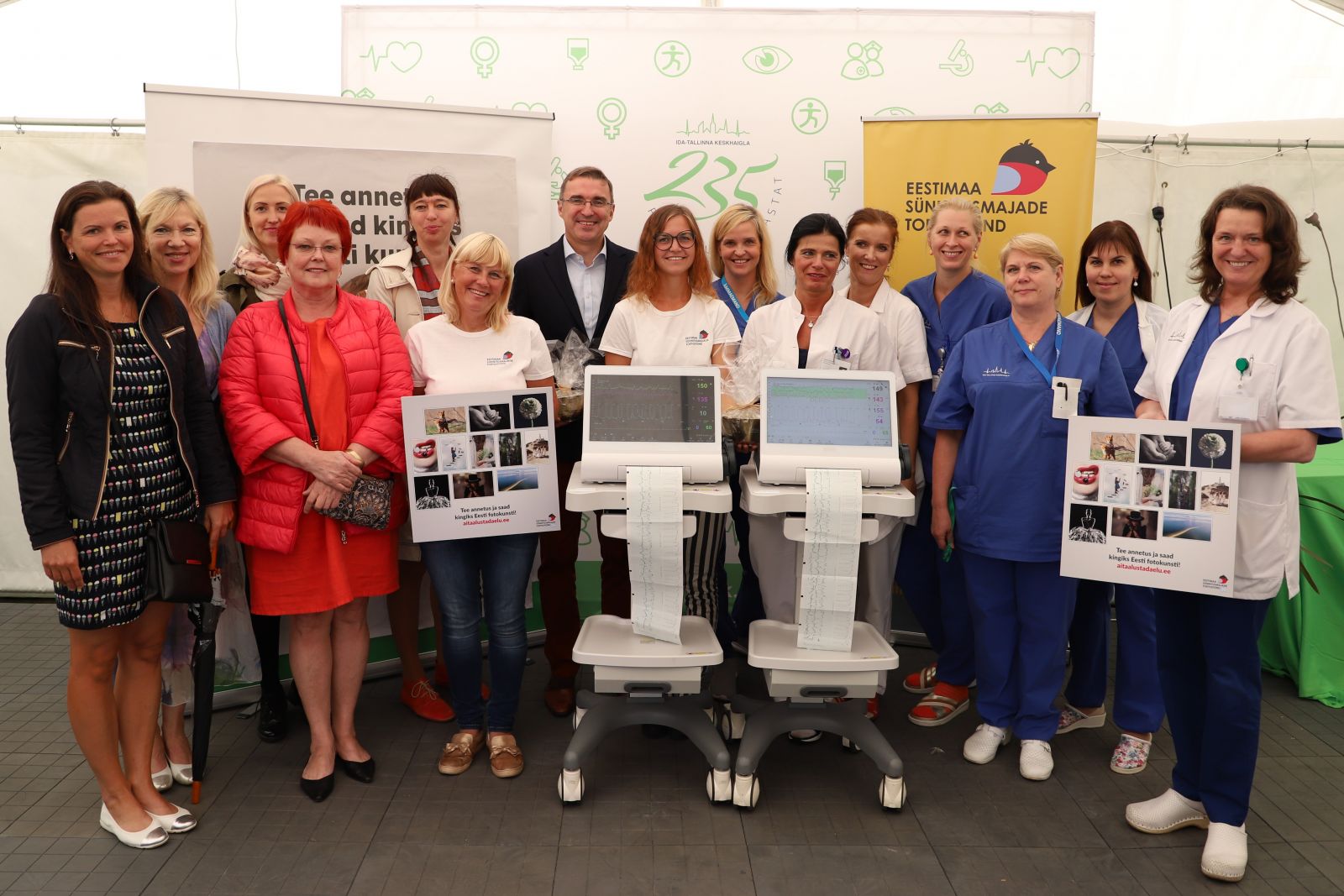 Donations collected with the campaign Art helps to start your life organised by the Estonian Maternity Hospital Support Foundation, which has now grown into a national charity organisation, were used to purchase Edan 15 Air CTG monitors for East Tallinn Central Hospital Maternity Hospital and Pelgulinna Maternity Hospital. These are the only monitors of this kind in Europe and can be used to monitor the vital indicators of the foetus and the mother, including in the event of multiple pregnancies. Modern cardiotocography (CTG) equipment does not require wired sensors, meaning that women can easily move around during labour and in the delivery room without being bound by the length of the cords. The monitors can also be used in the event of water birth.

According to Raili Friedemann, CEO of the fund, the €40,000 donation was raised thanks to donations from private individuals, many of whom donated thanks to the campaign Art helps to start your life. “The art project allowed people to make a donation and in return they got the chance to choose between reproductions of artworks,” said Friedemann about the campaign, which will last until there are no more artworks. All maternity hospitals in Estonia can be supported through the campaign.

In addition, the campaign has newly recruited 10 well-known Estonian photographers, and donations can now be made in exchange for A3 photographs by some of Estonia’s best-known photographers, e.g. Kaupo Kalda, Nele Tasane, Remo Savisaar and Sven Zacek.

The support foundation is truly grateful to all the artists, photographers, companies as well as media establishments who have contributed work, time and resources without asking for payment. “Together, we can help make childbirth even safer. Thank you for helping to start life,” said Raili Friedemann, CEO of the fund, in gratitude.

The EDAN F15 Air CTG monitors, purchased with private donations, were delivered to two maternity hospitals in Tallinn during a ceremony held in the green area of East Tallinn Central Hospital today, on 27 August 2020. The devices were handed over by Andres Sutt, Supervisory Board member of the foundation, in the presence of representatives from East Tallinn Central Hospital and Pelgulinna Maternity Hospital.